Objectives: Our aim was to investigate the most common problems in diagnosing brain death, the care of the organ donor, and organ donation after death.

Materials and Methods: A survey was sent randomly to clinicians working in national intensive care units in Turkey. The survey, which consisted of 17 questions for clinicians, had 163 responders.

Results: The most common cause of brain death was traumatic brain injury. Although 22% of clinicians found the apnea test necessary for brain death diagnosis, 78% stated that it could be used as an optional confirmatory test. However, 65.6% of the clinicians were not familiar with the modified apnea test. The most frequently used vasoactive agent for hypotension in patients with brain death was noradrenaline (54.6%) and dopamine (41.6%). Regarding time of death, 50.3% of clinicians considered it as the time and date when the patient was diagnosed with brain death and 47.8% as the time and date of cardiac arrest. When asked whether they terminate the treatment of a patient with brain death when organ donation is rejected, only 16.1% discontinued all advanced life support. According to the survey, the most common reason for not accepting organ transplant was for religious reasons.

Conclusions: In intensive care units, differences in definitions and care of patients with brain death continue to be a complication. There has been a lack of progress in criterion standards of brain death diagnosis and donor care, as verified by our survey.

Brain death (BD) is defined as the irreversible and complete loss of all functions of the brain, including the brain stem.1 The biggest obstacle in organ transplant is the insufficient number of organs due to lack of donations from deceased patients in Turkey and worldwide. The reasons for this include loss of potential donors before being identified, families refusing to donate, and improper medical manage­ment of prospective donors.2,3

In this study, we conducted a survey to investigate the most common problems in diagnosing BD, care of the organ donor, and organ donation.

After approval of the local ethics committee was obtained, our survey was sent randomly to clinicians working in national intensive care units (ICUs) in Turkey. Questions were prepared by a Web-based survey tool (www.surveymonkey.com). The link of the website was e-mailed or messaged to the mobile phones of the clinicians. Our survey included 17 questions for clinicians. Surveys were sent to a random sample of 300 intensive care clinicians who worked at least 3 years in ICUs. We had 163 responders (54%) to our survey.

Regarding number of BD declarations made during the past year in their ICU, the response was 8 ± 8.6, with 7 clinicians responding, "I don't know." According to the respondents, the most common cause of BD was traumatic brain injury (TBI) (Figure 1). Thirty-six clinicians (22%) found the apnea test necessary for the BD diagnosis, and 125 clinicians (78%) stated that it could be used as an optional confirmatory test (Table 1). Two clinicians skipped this question in the survey.

Regarding the use of apnea test by clinicians, 81% responded that an arterial line was essential, 17.2% stated that it was not necessary, and 1.3% did not know; 37.4% responded that they performed the apnea test to ensure an increase in arterial CO2 partial pressure compared with its base value (Figure 2).

As shown in Figure 3, 65.6% of the clinicians did not know about the modified apnea test. Finally, regarding use of the apnea test, 67.1% of the clinicians said they always used it as a confirmatory test in BD declaration (Table 2). Two of the survey responders did not answer this question.

As an ancillary test, 46.5% of the clinicians used computed tomography (CT) angiography and 24.2% used transcranial Doppler (TCD) (Table 3). Regarding withdrawal of antiepileptic drugs before applying the test, 39.3% said they postponed the test by the half-life duration of the drugs, 37.4% carried out the test without withdrawing the antiepileptic drugs, and 23.3% withdrew the medication 24 hours before the test (Table 4).

The most frequently used vasoactive agent for hypotension in patients with BD was noradrenaline (54.6%) and dopamine (41.6%) (Table 5).

When asked whether they terminate patient treatment with BD when organ donation is rejected, 35.4% of the clinicians said they only terminated the medical treatment, 32.9% did not terminate the treatment until the patient had a cardiac arrest, 16.1% discontinued all advanced life support, and 15.5% waited for 24 hours before they made a decision (Figure 5).

To the question "Is there a protocol to be used in a patient diagnosed with BD and whose families refuse organ donation that is clearly defined in the Ministry of Health guidelines?" 82% of the clinicians answered "No" (Table 6). Most clinicians (69%) stated that doctors should be the organ coordinator (Figure 7).

Brain death diagnostic criteria and management of organ donors have been defined in previous guidelines.4-6 Integrating guidelines to clinical practice varies among clinicians. Although there is a consensus on the definition, differences are seen in the manage­ment both internationally and nationally.7-9 In our study, we aimed to investigate the differences in BD diagnosis and how clinicians integrate guideline knowledge into their clinical practice and to seek opinions about organ donation and donor management and the most frequently encountered problems seen by ICU doctors.

Perceptions and practices regarding BD vary worldwide. Studies on the problems that clinicians face in this process are scarce. In the literature, the most common cause of BD is intracranial hemorrhage.7 In our survey, the most frequent cause was TBI. In our opinion, this inconsistency with the literature may be attributed to clinicians perceiving this question as TBI involving intracranial hemorrhage.

Although most of our clinicians surveyed (78%) responded that the apnea test was an optional but not essential test, most guidelines state that the apnea test is a mandatory examination as long as certain prerequisites are satisfied before the apnea test is carried out. Clinicians have become recently more concerned about the safety of this test and stated that potential complications are more common than reported.10,11 The modified apnea test is an alternative approach to apnea testing, which may be used in hypoxic patients who are unable to undergo conventional apnea testing.12,13 Many of the clinicians that we surveyed (65.6%) were unaware of this test. We believe that the modified apnea test should be more frequently considered and used in clinical practice, especially because our patient population is frequently hypoxic and do not have the prerequisites for the conventional apnea test.

We were surprised to see different opinions in the duration of the apnea test, although duration is well-defined in the guidelines. Of the participants, 37.4% stated that a duration of 8 to 10 minutes is needed to obtain an increase > 20 mm Hg in arterial CO2 partial pressure from baseline and for arterial CO2 partial pressure to be > 60 mm Hg at the end of the test. However, 27% claimed to wait as long as the patient tolerates the test. Nattanmai and associates showed that the apnea test can be prolonged to even 110 minutes without any hemodynamic instability or other complication. They suspected that the hyper­dynamic cardiac state caused cardiac ventilations, resulting in slow increases in carbon dioxide levels, which may be the cause of this.14 According to the 2010 update from the American Academy of Neurology, if a patient is hemo­dynamically stable, the apnea test can be performed for longer durations after preoxygenation.5 In most countries, the apnea test is performed because it is legally required or recommended in the guidelines. Although there are many arguments about the apnea test, it is still safe if adequate oxygenation is provided.15

Antiepileptic drugs may inhibit brain stem reflexes.18 Wijdicks and associates suggested to wait of 4- to 5-fold time to reach half-life with regard to central nervous system depressant drugs in potential donors with normal liver and kidney function.19 Ancillary tests are mandatory in some countries. Ancillary tests that assess cerebral blood flow are not affected by central nervous system depressant drugs. However, diagnosis of BD is not recommended to be delayed.20

In potential donors who are receiving drugs acting on the central nervous system, using ancillary tests to indicate cerebral blood flow instead of an electroencephalography is more advisable. In our survey, 39.3% of clinicians declared that they postpone the apnea test until the half-life of antiepileptic drugs has passed, 37.4% did not stop antiepileptics to perform the apnea test, and 23.3% stopped antiepileptics 24 hours before performing the apnea test. Clearly, there is no general agreement on stop time.

In previous articles, dopamine and noradrenaline have been considered first to treat hypotension in patients diagnosed with BD. In some studies, dopamine is preferred because of its immune and ischemia-reperfusion modulating effects,1,21 whereas other studies favor noradrenaline.22 According to our survey, dopamine is the most widely used vasopressor.

Guidelines state that the date and time of death recorded in the death certificate should correspond to time of determination of BD.20,23 In our survey, 50.3% of clinicians accepted time of death as time when the patient was diagnosed with BD, but 47.8% accepted time of death as time of cardiac arrest. Some clinicians stated that, although they agree that time of death should be accepted as time of BD diagnosis, they accept time of death as the time of cardiac arrest due to administrative policies. In guidelines, it is clearly stated that life support should be withdrawn in nondonor patients and that this should be explained clearly to the family.20,23 In our survey, only 16.1% of clinicians stopped life support in nondonor patients. We believe that this is due to religious factors, sociocultural status of families, ethical problems, the lack of acceptance of the concept of BD by clinicians, and legal concerns. Although the underlying reason seems to be the lack of a fully defined legal definition in Turkey, the cessation of life support after family refusal brings no legal problems and likewise doctors may stop life support upon family request with no legal consequences.

The lack of clearly defined management and practices regarding BD results in more difficulty for clinicians. In our country, most clinicians cannot decide easily and do not feel confident while making a decision regarding BD. We asked participants whether the protocols are clearly defined by the Ministry of Health to enable clinicians to make decisions and feel safe, and the answer was clearly no. We believe that additional established rules, regulations, policies, and practices from the Ministry of Health would result in health care providers being more secure, which could contribute to an increase in organ donation. Consistent with prior studies,24 the most frequent reason of family disapproval to organ donation was religious reasons, followed by the idea that BD is not equal to death. However, we believe a primary underlying reason is that the patient's relatives are not given a thorough and satisfactory explanation about the concept of BD. Clarification of the procedures and regulations will increase sensitivity of the public to the BD concept and have a positive effect on organ donation. In Turkey, organ coordinators are determined by the Ministry of Health. In our survey, most respondents indicated that the organ coordinator should be a doctor.

Our study demonstrated that there is still confusion about the diagnosis of BD. However, BD is primarily a clinical diagnosis and in this respect there should be no confusion. Our survey showed some of the problems that clinicians face with the concept of BD in national ICUs in Turkey. We aimed to identify areas in which we could focus efforts for a national approach; we believe it is important to attract attention to this issue for future efforts and progress.

Table 1. Is the Apnea Test Essential for Brain Death Diagnosis?

Table 2. Do You Use a Confirmatory Test for Brain Death Diagnosis? 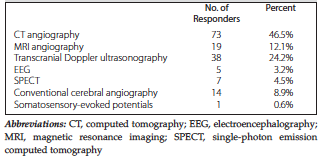 Table 3. Which Is the Confirmatory Test You Prefer for Brain Death Diagnosis?

Table 4. Do You Discontinue Antiepileptic Drugs Before Performing the Apnea Test?

Table 5. Which Vasoactive Agents Do You Use for Hypotension in Patients Diagnosed With Brain Death and Having Family Approval For Organ Donation?

Table 6. Has the Ministry of Health Set a Protocol to Guide Physicians How to Act in the Case When a Patient Is Diagnosed With Brain Death and His/Her Family Has Not Accepted Organ Donation?

Figure 2. Length of Time for the Apnea Test

Figure 4. Determination of Time of Death 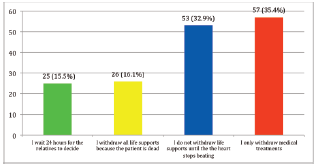 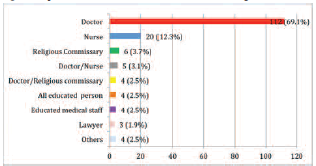 Figure 7. Opinion on Who Should Be the Coordinator of Organ Donation